Legionella, a life-threatening microbial contaminant, was detected in the hospital's domestic hot and cold water systems. Because the contaminated water system was a source for dangerous waterborne pathogens, it posed a Serious risk for a Legionella outbreak among hospital patients who already Suffered from compromised immune systems. The safety of its patients is in jeopardy, surrounding a potential Legionella outbreak in the hospital.

In the normal course of operation, hospitals generate a variety of waste which is not suitable for normal disposal. While some or most hospital waste may be harmless, it is difficult to distinguish such harmless waste from infectious waste. As a result, all of the waste from a hospital must be treated as if it may be harmful.

Because of its bio-cidal characteristics, ClO2 is ideal for water hygiene applications in hospitals and healthcare facilities. It has consistently been shown to be the best molecule for eradicating the causative organism of Legionnaires' disease. ClO2 is strong biocide at low concentrations as low as 0.1 ppm. With minimal contact time, it is highly effective against many pathogenic organisms including Legionella, Giardia cysts,E. coli, and Cryptosporidium. ClO2 can greatly reduce and eliminate bio-film populations and discourages bacterial re growth. 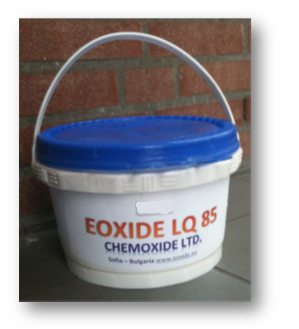